“Ask Beau” – “How long can sake stay open in the fridge really?” 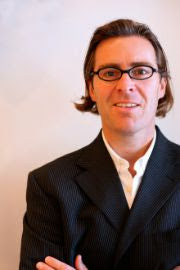 Thanks for asking this question Lynette H. from the Bay Area. We get it quite often and yes it is a “hot point” subject amongst purists and those who are a little more flexible. Quite frankly, snobs will tell you sake is like wine and it dies immediately. They make a point of saying that you must drink the bottle in that sitting, because it will never survive in the refrigerator. Either they are drunks or they have never had a pasteurized beverage before. Do you drink your large bottle of orange juice in one sitting, because it will go bad overnight? Same deal! Except sake actually has a leg up on most pasteurized beverages in that it has alcohol in it, which also acts like a preservative for longer keeping. Take that!

Okay! Here’s our selling point. Well-built sakes can last a pretty long time in your fridge after you open them. We have done countless tests proving this fact. They do not go grotty immediately like wine, which has been “saved” by sulfites. Sakes do oxidize, but the net effect is that instead of going to vinegar they actually get softer, rounder, fuller, and perhaps sweeter in most instances. Although you don’t “air” sakes like wine breathing, I find that some sakes taste better the second or third day. They get rounder and relax a bit giving them an overall gentler feeling.

But what about when you say sakes can stay weeks opened in your fridge? Ummm I was drunk when I said that! Just kidding. Sake is a special libation. It is 80% water and the result is that an open bottle has stability. I have previously conducted longer term crazy examples of sake staying “good” in the fridge when opened. I am talking months and months. I have also done experiments involving opened and closed sakes pitted against each other for weeks at a time. Sake has the stuff! It is resilient and can last in the fridge for weeks on end. The more premium brews tend to last longer, especially if they have added alcohol.

Is it time for the rule of thumb? There is none! Each sake is different and each sake when opened acts differently in the fridge. But, the good news is that you can safely keep opened bottles of sake in your fridge until you die! Huh? Yes, just keep tasting the bottle periodically, and at some point you will say, “Hmmmm, this is a little sideways.” At this time, you then warm the sake rather than throw it away! Bingo!