Sake Mercy – Taking It For the Team 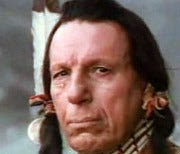 It’s no secret. I am a sake guardian angel when it comes to retail sake. I love the sake industry so much that I will spend my own money on what I call “Sake Mercy Killings.” What is a SMK? Well, it’s that moment when I am in a liquor store or a grocery store and I see a bottle of sake that simply does not belong there. It’s either too old and is way past it’s prime or even worse it’s a nama sake sitting out in the open air. I guess in a way I look like that Native American in the litter commercial on TV who stands by the side of the road as a bag of trash falls to his feet in his land in his nation. (The camera pans from the trash on the ground up to his face and a long slow tear rolls from his deeply saddened eyes.)

That’s me! But without the feathered headdress and I am not on the road, but rather in stores looking at horribly wronged sake. So what do I do? I usually buy the ill-treated sake to remove it from the possibility that some new customer to sake might buy it and feel betrayed by what sake “tastes like.” I seriously will use my money to get that bottle of those bottles out of there, especially if I know the brewery owners and their tojis. I think for a moment how upset they would be seeing a sake of theirs 3 years old, dusty, and sitting on a shelf dying a slow death. Or even worse, I figure they would be even more upset seeing one of their namas on an open-air shelf, out in the open, unrefrigerated and unloved.

That’s where I come in. I dive on the grenade. I take it for the team. I do an immediate sake evacuation and try to restore that shop's sake integrity. But alas, sometimes there are too many grenades to dive on. Sometimes there are just so many mistakes, and I can only do so much. Sometimes I have to retreat and call in reinforcements – the sake distributors – to go and check on their accounts. It’s brutal, it’s bloody, and there are no winners. Take for example this picture. Without naming names, I was stunned what I saw. I felt like that kid in the Sixth Sense as I whispered to myself, “I see dead sake.” 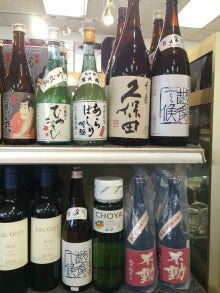 Look closely and you will see a series of Hakkaisan nama sakes dated 01-2015. Not in the fridge since two January’s ago. Say it ain’t so? Or check out that Kikusui Hiyaoroshi draft sake with a date of 2014. That’s a single-pasteurized sake that needs refrigeration. But not as bad as that bottle of Kamotsuru Arabashiri, which is a nama nama, that is dated 2013 and MUST be kept in the fridge! Whyyyyyyyyyyyy?

Look – do I get extra points from the sake gods for this work? Probably, but that’s not the point. The point is that we are in this together, and one store owner’s old and unrefrigerated sakes are all of our problems, because some unsuspecting new sake drinker will take a chance and try that sake and be totally unfulfilled and it’s not the makers fault. And voila! We just lost a newfound sake drinker, and our industry loses the lifeblood.

Join me in my work as a “Sake Mercy Killer.” Go forth and find outdated, unrefrigerated, and unwanted sakes, and either buy them or call in the professionals to take care of this horrible epidemic.