“Ask Beau”– “What do you think about Dassai opening a brewery in New York?” 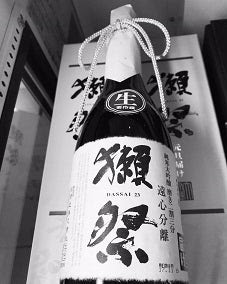 As I type this Newsletter news just broke that Asahi Shuzo also known by their brand name Dassai has announced that they will open a sake brewery in New York, and two friends pinged me and asked what I thought? Well, my first reaction is great! Then I thought about all of my micro sake-brewing friends and worried for them. But I represent the retail segment for sake and I thought Great!

Look, here is the deal! After selling sake for 15 years I have always clamored for less expensive sake. Sake in the US is far too expensive! It’s almost crazy. It kills me when folks come back from Japan and say, “Wow, sake is so cheap in Japan!” I remind them that it is not “cheap,” and that sake is priced appropriately for Japan. So for over a decade I’ve been waiting for a small producer like a Sequoia Sake to bring local and well-priced sake to market here so we can sell sake at a far lower price point. But, this has not happened yet. It’s expensive to make good sake here, and as such the local stuff costs as much as the imported stuff. As their brewing efforts have improved that is better for the sake world, but it hasn’t brought down the high price of sake.

Sadly, many customers have a wine template when it comes to pricing sake. There are a lot of “5 Buck Chucks” in the wine world, and this value thinking pervades their view of the sake pricing world. For some reason the $20 price point is the safe zone in their wine purchasing minds. If they could get a quality sake for under $20 this would be a game changer. And if Dassai can produce a sake that is priced between $15 and $20 and can maintain their quality then I feel that they could do very well.

The Dassai New York brewery is scheduled to start making sake in 2019 in their estimated $31 million facility. They are bringing over a technical team and will use up to 40 local employees. If they can source and control their raw material costs then maybe just maybe they can make a product that tastes like Dassai! That said I can’t see them making a product that doesn't taste like their Dassai, that would be a very bad thing. If they produce a cheaper tasting liquid then it dulls their brand, which they have been cultivating in the US for the past 13 years. We sell a ton of Dassai and it would be odd for our customers buy a product that they perceive to taste like one thing then find out that it tastes totally different. So this falls into the “Be careful what you wish for” scenario of Dassai!

I very much look forward to seeing what happens. They are a great brewery who really have done an admirable job in getting their brand out to market in Japan and overseas. I am proud to know the family, and I am proud to be a partner in their success. So as I have said that I have been clamoring for an affordable sake to represent value in the sake market I throw my support and hope into Dassai’s efforts! It will be good for sake!