Sake Support – Helping a Pioneer in the Sake Industry

Let’s face it things still suck and 2020 is still the crappiest year in recent memory. We continue to see the destruction of the restaurant business, and it’s only getting grimmer. We are seriously at a tipping point, and I am so hopeful that we can hang in there, and that these institutions hold on and make it!

If you’re in the sake business at some point you've read or seen an issue of The Japanese Restaurant & Culinary News, because they often write about sake in restaurant settings. I’ve not only read this rag for almost 20 years I have also been featured in it on occasion, and that’s when I met the owner David Kudo of All Japan News, Inc. (Also Japanese Restaurant Academy).

David Kudo IS the Japanese restaurant industry in LA and all over California. He also loves sake and has done so very much writing about the sake scene in California and on the west coast. And he is hurting. So I asked if he would write a little piece about himself and his businesses in the hopes that the True Sake Newsletter would give him a little momentum and good juju during these difficult times. Herewith is David in his own words. If you feel so inclined he has offered a subscription discount, and if you can help this pioneer in the restaurant and sake business world we would be eternally grateful. 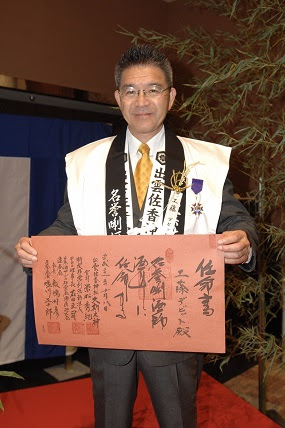 I was asked to introduce myself or my company in the True Sake newsletter. Faced with the possibility of closing my company after losing a major sponsor, I was moved and excited to have this opportunity!

First, please allow me to introduce myself.

I immigrated to the U.S. to study English at the University of Hawaii in 1973. Putting my academic achievements aside, my friend was surprised to learn I finally put my fears aside and came to L.A. after being urged to come.

I visited Santa Monica for the first time and was moved by the warm weather and wonderful environment with no snow during the winter. Being from Akita prefecture, where I was snowed in during the winter with the heaviest snowfall throughout Japan, the warm climate in Santa Monica was an unbelievable blessing to me.

I learned about a bartending school in L.A., where I learned bartending skills. Afterwards, I was introduced to a major Japanese restaurant where I landed a job.

In the U.S. at the time, many branch offices from overseas were opening offices left and right.

Soon after, a major insurance company was looking for salesmen, and I volunteered.

Despite my lack of experience, I was hired right away and licensed by the California Department of insurance, then went to work. Asked to visit Japanese clients, I made my rounds based on my conviction that the number of visits made was the key to success.

As I grew more comfortable selling insurance, I was invited as a volunteer to hold a seminar for a Japanese audience in Little Tokyo. 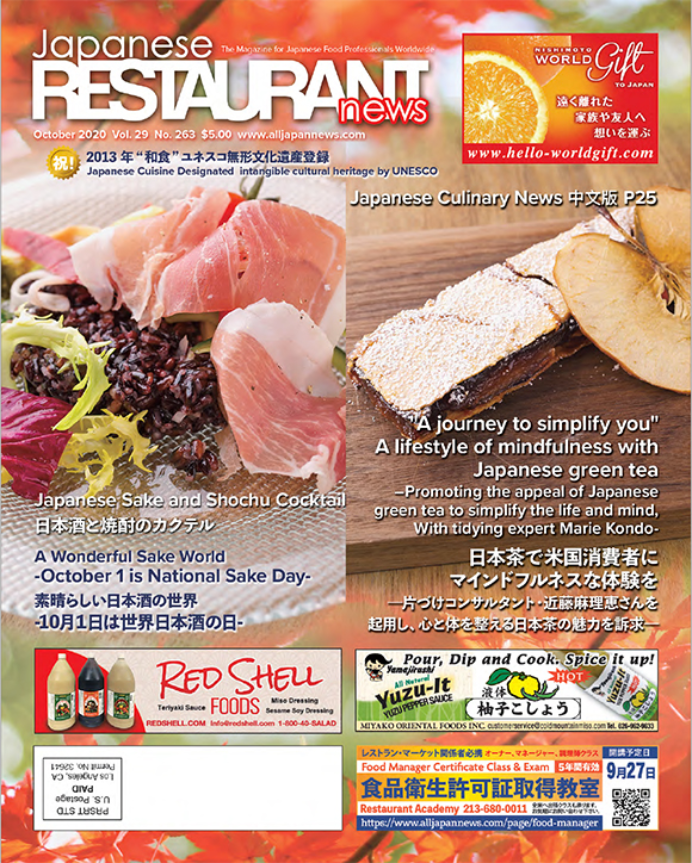 I also requested lectures by the immigration office and the U.S. Public Health Service. Right around the time CBS TV started airing stories on restaurant sanitation, U.S. Public Health Service officials announced all Los Angeles County restaurants would be ranked for sanitation as A/B/C. After this lecture, many attendees came to me asking how to obtain a license. I learned an instructor in San Diego gave lectures on this topic, so I secured a venue, hired an interpreter, and started holding monthly seminars a month later with each seminar attended by approximately 30~40 attendees.

The U.S. Public Health Services in Los Angeles County is especially strict. Since around 1997, the department pays regular visits to restaurants before opening to check the sushi rice temperature, stipulating sushi rice cannot be served at room temperature, nor could the temperature be between 41~140F（now 41-135F）, sometimes discarding sushi rice leaving many sushi restaurants permitted to serve only sashimi.

Chefs who came to the food sanitation class stayed after the class ended, lamenting the serious impact the inspection posed on their businesses with tears in their eyes, prompting my involvement interviewing many chefs. As a result, I found out it was not a unique case with one or two overzealous inspectors, but the California law.

I found out why I couldn't meet with an inspector accompanied by a lawyer when filing a claim with the U.S. Public Health Services. Restaurant owners who visited the Health Department individually were turned away. Since individual inquiries led nowhere, the next step was for Japanese restaurant owners to gather and form an organization. 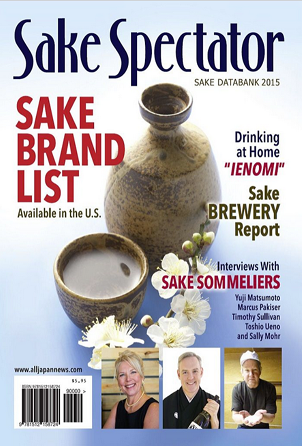 “We’ve received many claims as well, but we can’t do anything about it, and acting alone will resolve nothing,” said Kanai.

I felt deflated when Kanai continued; “We have to consult with other major distributors to act collectively as a group for this to work.” “I can ask others if you like?” I offered. “Could you?” Kanai asked. So we drafted a proposal and met several times to discuss it in person (since email was not prevalent at the time).

Preparations started in May carried over into August, when I asked my attorney to register the newly founded organization free-of-charge in the first week of August.

Teruo Imaizumi was selected as the first President due to his extensive professional background as a chef, with over 100 restaurants as corporate members.

Concerned food manufacturers gathered, along with corporate supporters exceeded 50 corporations. An idea to hold an official inaugural ceremony was proposed during the October meeting. Rather than starting preparations in November and December, a decision was made to invite government officials in the New Year towards the end of January 2000 to raise awareness among American sushi consumers.

With approval from JFC International, Inc. and Nishimoto Trading (currently Wismettac Asian Foods, Inc.), we invited San Francisco and Seattle restaurant association directors who introduced key individuals during our early research. Although initially reluctant to show support, we finally received support from the Japanese Consulate General. Tuneo Nishida, Consul General of the Consulate General of Japan in Los Angeles attended our official inauguration ceremony and gave a toast that joyously rung in the New Year for us.

Twenty-one years later, the business climate today is rough. Suddenly losing 3 major corporate sponsors to the coronavirus pandemic left us lost. However, words of encouragement by various associates encouraged us to hang on and get through the tough times.

The annual sake-sampling event held in the end of February ended in major success. However, business faced a major challenge since the coronavirus shutdown in March. Our industry publication switched to lower-cost paper with reduced page numbers, our office space was reduced to ¼ of the size, and shared expenses were cut down to 1/3. Just when we felt more confident about continuing our publication, one sponsor after another backed out!

Looking for a way out of this crisis, we started to offer a weekly Food Handler Class to search for more convenient activities for participants.

We also resumed the Sake Navigator to hold an online class for members only, many stuck at home due to the coronavirus pandemic. Currently accepting new members, we would love to welcome as many of you as possible.

Members will receive the latest industry information monthly, an invitation to attend our sake meet-ups, and participate in our sake sampling events at a discounted fee, all for only $10.00/year! $100 life time membership

Please allow me to introduce my dream. I would like to serve Japanese sake like professional sake taster and sommelier Mr. Beau Timken! We would love to introduce delicious sake to Los Angeles consumers. We invite any supporter to join us! With crowd funding in place, we’re excited to welcome more participants and supporters.

Thank you for your continued support.