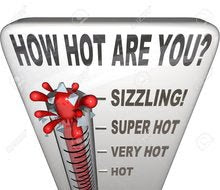 It happens now and again. Another sake article hits a magazine and for a new batch of interested folks it sets off an alarm! Bing Bing Bing! “Sake is so popular!” “This is it – the is the long awaited sake boom!” “Sake is the future!” It’s nice to read, and it makes me feel good about the industry, but I am also reminded of my decade and a half of watching the international sake market move. And I will dial down my “Yeeehaw!”

Please do not read this as pessimistic or negative in any way shape or form. It’s not! It’s just an old fart who has seen it all trying not to twerk or plank or whatever you call it? The international sake market is expanding! That is for sure. Many years ago I once wrote that Japanese sake brewers need love and if they could not find that love within their own country then go out and feel the love of the fans and sake enthusiasts all over the world. Go to where you are appreciated! And a ton of brewers started doing that for two reasons. The first and I feel the most important was a changing of the guard of sorts within the ownership of breweries. As sons and daughters took over from their fathers and mothers there was more of a desire to go out and see the world! This younger generation of brewery owners realized that they could go visit San Francisco, London, and Paris and conduct business, as well as sight see! A two-fer! And once they realized that international traveling was fun AND people in foreign lands not only loved their product but also honored sake in such a way that it changed their optics and they then made a concerted effort to export. I will say that this is far more prevalent of the smaller or jizake breweries as the big boys had been exporting for decades. 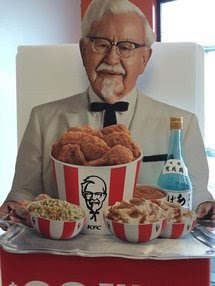 The second influential reason was the simple admission that Japanese cuisine has dominated the globe! I used to say that Sushi was both a blessing and a curse for the sake industry. In one sense, the sake market rode the coattails of all things sushi, but in another sense, customers began “groove think” and thought that you can only drink sake at a sushi restaurant. And this stinks for retail sake sellers! But the sheer magnitude and onslaught of all Japanese cuisine has created a very user-friendly global market that is very welcoming for the slower to come to fruition sake market. The Japanese government released a statistic that there were 89,000 Japanese restaurants outside of Japan in 2015 and that number was up from 55,000 in 2013.

So today we are seeing another sake popularity flare up! Why? Why? Why? Well the answers “now” are and were the answers “then” just tweaked a little. Yes, food is a major factor. Where there used to be one sushi restaurant every five or ten blocks, now there are three on the same block! And then we had the Asian fusion cuisine mini explosion and sake had to be a part of that for a pairing a dish or two. Then the follow up Japanese food boom came – hello ramen and udon! Secondly, there is a push now by the Japanese government to promote Japan and all things Japanese including sake. Remember Abe pouring sake for Obama last year? Well the government has also started putting some yen in the game to help promote sake and shochu exports! (Makes me giggle as the real pioneers out there in the badlands for so long have seen not a yen go their way! That’s not very honorable!)

Active Governmental money and participation is new to the international sake market, but that is not the reason for the immediate bubble results. There is one other driver that is very very important and has come in many shapes and waves over the years - Education! We in the biz have been clamoring for it for years! And I have been a part of it in so many different capacities and approached by so many different programs. Each program wanted to be it! The one and only educator of sake! The true sake certificate! Programs came and went and others came on line, but the market results were negligible. 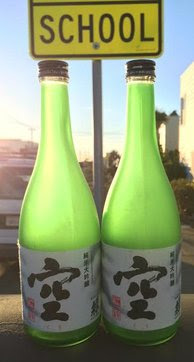 Not today! Today the education blip on the sake radar has made a difference in this author’s humble eyes. And for me I am so glad that all of the education programs are directly involved in this new effort to energize the sake silo. Yes! All of the courses and programs have created exactly what they needed to create – sake evangelists who know how to preach the gospel of sake in a wine and beer world. Sake somms, sake guides, sake professionals, and sake certificate holders have made an immediate impact. And they have collectively. They have infused a new group of sake warriors to educate markets all over the US. They have gone out and created sake awareness in fine restaurants and destinations dominated by Wine Lists. These newly created educators have brought sake attention to kitchens and wine programs from Miami to Austin and this movement away from the Big three markets is starting to have an impact. Folks are selling more sake! Distributors are distributing more sake. Importers are importing more sake. And brewers are making more sake! Most small breweries that I know are maxed out! And of course I ask them each year are you making more tanks or less than the previous year – the answer is always I cannot make any more! And more importantly the percentages of sake being exported is going up as well. Where once breweries claimed that exports accounted for 1% of sales (I used call this the mighty 1% or the 1%ers) they are now reporting double digit exports! That is awesome.

In reading some articles on the subject I pulled out a few bullet points that may be of interest:


Do we at the store see an increase? Yes! It’s been almost an annual double-digit growth rate since 2009. And early last year we sold our 1,000,000 bottle of sake! If I had to project going forward it won’t take 12 years to sell our next 1,000,000th bottle! I’d like to do that in half the time! Woot! Go sushi! Go Sake Sommeliers! Go Consumers!