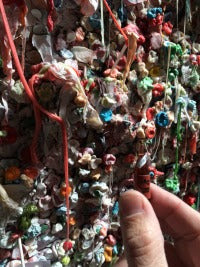 So my sister invited me to visit her place in Seattle, and since it’s such a cool city who could say no? Not me! Fast forward to my two stellar daughters and I walking through Pike Place Market looking at such highlights as the “Wall of Gum” and flying salmon. This was the warm up to what I really wanted to check out!

For years I have heard stories and reports about a sake store that opened in Seattle, and a cool guy named Johnny who ran the place. And for years I have told people if you are ever in Seattle go to Sake Nomi and check it out for me. (I have also sent customers who were visiting Seattle a bottle of sake to give to Johnny – even though we had never met.) 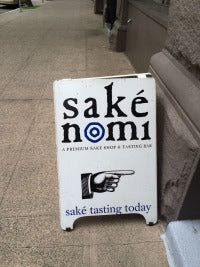 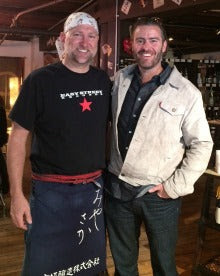 As I walked around the “store” part of Sake Nomi I began looking at the shelves and in particular the sake offerings. I didn’t see price. I didn’t see aesthetics. I only “saw” the different types of sakes that Johnny offered and the ones that we at True Sake didn’t. For the most part he carried lots of brews that I carry, used to carry, or temporarily didn’t carry. But there were a few “Hey what the heck is this?” sakes that drew my attention. And I was reminded of the old adage that “Desire rests in the wanting not the having.” (I noticed in particular Nanbu Bijin’s Shinpaku, and in honor of Johnny I will make that my sake this month for the Beau-Zone Layer.