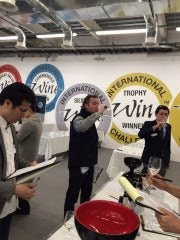 I don't want to simplify three days of tasting almost 900 sakes. I don't want to trivialize me personally tasting perhaps close to 200 sakes in about four hours, but in a word, you know. You simply know by the fluid in your mouth – in your “pallet” – that it is an exceptional brew. The sake, as I always say, speaks for itself. It is a liquid “rightness” and that’s it. It's as simple as that.

There was a day long ago when I first started on this sake journey that I used to say that you cannot drink a gold medal! And I was fascinated by Japanese brewers who laid it all on the line for what the “judges” thought about their sakes. They held the judging as their end all be all. I would ask, “Aren’t you pleased enough with the sake that you brew that makes all of your customers so happy?” And they would reply, “I want to know how good my sake really is.” It confused me. It made me want to shake their shoulders and say, “You make sake that is wonderful, what else do you need to know?” But now, nine years later I get it. The IWC held in London every April is the largest wine tasting in the world, and is recognized as perhaps the most significant international wine tasting in the history of “judging” wine. Nine years ago this body had the foresight to include sake in the mix. Perhaps it was on account of knuckleheads like myself who implored the Japanese Sake Brewer’s Association via the Sake Samurai to market sake in a new vein and a new direction. (Thank you Koichi Saura of Urakasumi Brewery for leading this charge on behalf of the Sake Samurai.) 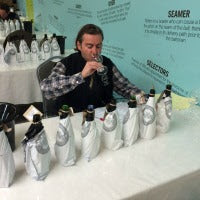 So how did a white boy from America judging Japanese sakes in the United Kingdom do? I was told that I did very well, and that I was spot on, which means a ton to me, because it’s good to know where your pallet stands amongst some of the greatest sake tasters in the world. Personally I will say that I probably tasted over 200 sakes, and I had my fair share of pushing down a sake as well as elevating a sake. Huh? Each sake we tasted had the panel’s scores and notes, and I could tell if a panel leader was influencing his or her panel too much. I could follow each taster’s personal scores for each brew. I then would taste the sake and concur or say perhaps not! If I disagreed with a medal given, I would then let a fellow Co-Chair taste and make a case. It took three Co-Chairs to change a medal grade. 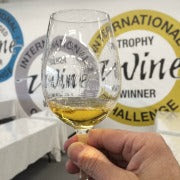