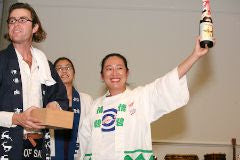 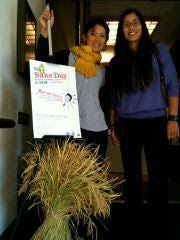 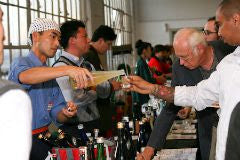 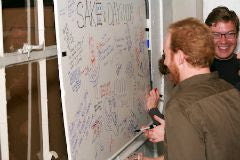 Eventually Sake Day found a comfortable home at the JCCCNC – Japanese Cultural and Community Center of Northern California – in Japan Town and I felt so very proud that I could use the Sake Day vehicle for the betterment of the JCCCNC and Japan Town itself. This is a great source of pride for me, and I have broken a lot of sweat and aged myself a great deal in the process of hosting the best Sake Day’s for their benefit. It has been quite a ride, and the JCCCNC have been amazing partners. Sake Day morphed yet again into an event that had all kinds of new offerings such as distributors pouring a wide range of sakes for the participants, auctions for cool sake centric things, and raffles and give-aways. Ask Lyentte how much she likes getting on stage to speak or reach into a bucket to pull out winning tickets? And for that fact ask Lori from the JCCCNC how much she likes to get up to give a speech or toast. Not that much! 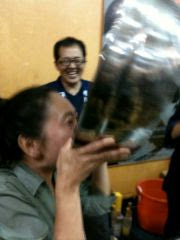