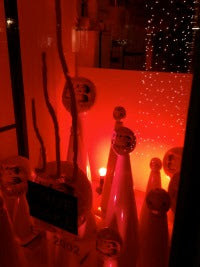 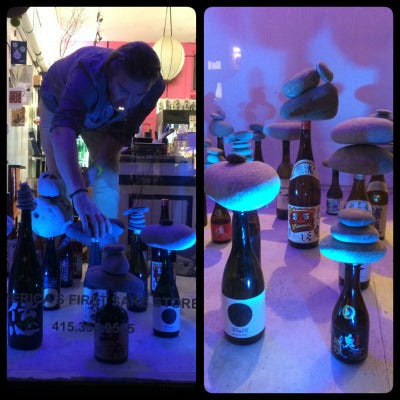 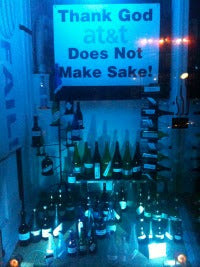 Some former employees hated when I did window displays because they would always have to explain them to the numerous folks who would pop their heads in and say what does the window display mean? Ha! Some windows were seen as racist when I had boxes of Uncle Tom’s Rice with the slogan Uncle Tom doesn’t do sake! Come on? Really? Other window displays sold for money! No kidding! I have sold two pieces of “art.” One was a huge Apple monitor with a sake bottle protruding out of the cracked screen. And oddly people always ask if I’m selling certain components of window displays that are my own personal items. Why didn’t they ask to buy the 9 used upright carpet vacuums that I bout at a flea market for $90 with the slogan “Sake Doesn’t Suck!” Ha!