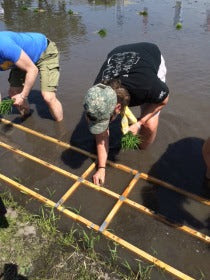 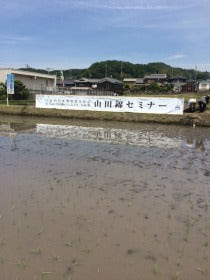 The goods news is that it reminded me how laborious making sake was and continues to be. It’s hard work. And that is just a simple part of the sake making process. It always amazes me to think about all the effort that goes into a bottle of sake. The rice planting is no exception. When all was said and done we were told that our paddy would produce 225 ishobin bottles of sake! That was too much for such a large paddy and all of the work!