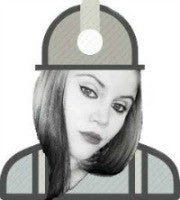 The month of May is a special one! Our founder, Beau Timken is out in the far reaches of Yamagata Prefecture playing the role as Co-Chairman and judging sake for the illustrious International Wine Challenge! Here is a glimpse of some of the interesting experiences of an international sake judge and what it really takes to assess 450-1200+ sakes in a very short period of time!

Here is a great article about what it takes to be a sake judge and Beau-san's promotion to Co-Chairman! Sake Moments - International Wine Challenge 2017 (IWC)(May 2017)

It's always exciting when the results are in! Here is a complete lineup of the medal winners for 2017:

I love reminiscing about 2016 which was the 10th anniversary of Sake at the IWC! All the judging & festivities were held in Japan. The IWC crew was in the middle of a media frenzy and featured on the news nightly!


Lastly, here is a look at the beginnings of Beau's judging career which coincides with sake growth in the IWC!