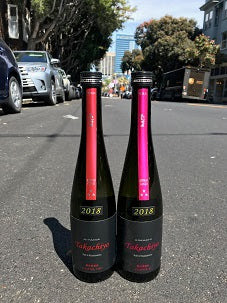 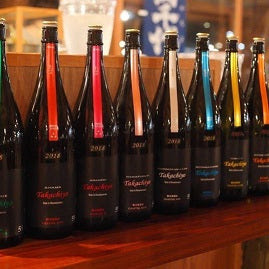 Takachiyo "Chapter III"
From Niigata Prefecture. Junmai Ginjo Nama. SMV: +/-0 Acidity: 1.5
The nose on this very interesting sake is a tight collection of apple, melon, oatmeal, and berry aromas. Takachiyo sakes were imported in limited quantities to determine if the western market likes them. The brewers make ultra popular sakes that are almost “cultish” in Japan within the sake drinking market. So they looked to the US, and to True Sake to determine if US drinkers like their style. I’m thinking tannin loving red wine drinkers will love this “Chapter 3” which has a blend of two rice varietals Aiyama and Omachi. It is crisp, tangy, zesty, and very bright in the glass. There are peek-a-boo citrus elements of tangerine and other dried fruit tones, but the overall drinking experience is compact and dry. There is some astringency at play and fans of the Japanese term Shibumi would enjoy greatly. There is a lot of bright complexity with this sake. WORD: Dry WINE: Tannin Reds/Crisp whites BEER:Crisp Ales FOODS: Shellfish, oysters, sushi, sashimi.
$36/720ml