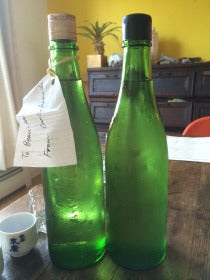 Not long ago Carlin gave me a bottle of Taru sake that he personally made in Hokkaido, and I slipped it into my super secret sake fridge. So super secret that it was forgotten for a time being (just kidding Carlin). But a year passed so quickly that I did not get a chance to taste it, and then he presented me with another bottle. Doh! So I promised Carlin that I’d taste the sake and then we could compare Taru notes.

Tamiko and I started with the older bottle of Carlin’s special Taru sake, which was a little less than two years old. The nose was indeed woody and the sake had incredible length in feeling and flavor. There were dried fruit elements amongst the cedar hues, with a lot of fatness and a deep sugary body. We both felt a lot of glucose in the brew and it was balanced with a nice smokiness that did not translate into too much acidity or woodiness. It was a very solid sake for being a little long in the tooth, and you could tell it was very well made. 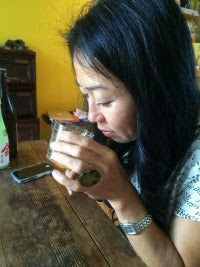 The fresher of the two bottles was next, and it had been bottled less than 6 months. The nose was far more ricey and the brew drank more zesty and lively than any taru that I have tasted before. It almost drank like a nama sake, bright frisky and far thinner than the older version, which I now deduced had settled in the bottle a little.

The long flavor of the older version was replaced with a crisp and tingly tighter fluid that drank almost like a sarsaparilla with hints of cinnamon and cedar. It was far more alive and chipper than the aged version and really stood out as a sharp and powerful sake with tickles of cedar and a laser quick sake that pounced on the palate, but did not scream “cedar sake.”

Thank you Carlin, and for the record we did NOT crack the bottle open in London at the IWC. Instead I flew it home and did the comparison tasting mentioned above. Just a quick comment on his thoughts on other taru sakes in general, including the sakes we sell at True Sake. His opinion of how large scale taru sake production is made may or may not be correct. I do not know and as a professional I do not want to speculate, so we wil try to track down the answer.

As per our jizake taru sake offerings I know for a fact that they are barrel aged exactly how Carlin makes his taru sake, but rather then 9 days they are stored for about 2 weeks in cedar barrels that are probably lacking in the quality of Carlin’s barrels which may account for the strength of his cedar and shorter storage time. 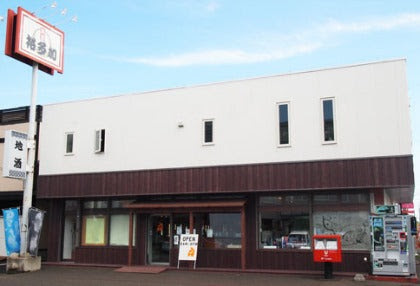