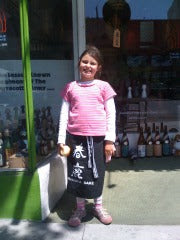 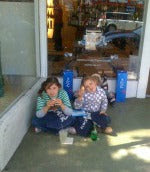 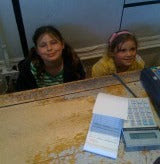 Riley has had the honor to wrap sakes, unpack sakes, put stickers on sake bottles (Yes my idea and my own mark that has been ripped off by other people in the industry), write up receipts, deliver sakes, carry sakes, bring sakes to events and so many other contact spots with sake so she has a unique view of certain brews and that is how she created her Top 10 list.

Congrats kid! Thanks for helping me out all of these years! You and your sister are the best! And I look forward to doing this again when my youngest graduates from 8th grade, because she REALLY loves working at True Sake