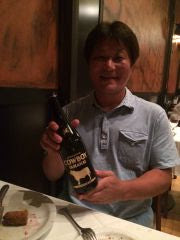 I was to have dinner with Kazuhiro on this night to taste his amazing line of sakes, and meet a person that a friend of mine (who knows sake very well) refers to him as one of the best sake makers in Japan. Of course we were excited, but between that excitement and that meal, Japan was struck by one of its largest and most violent earthquakes and subsequent tsunamis in the history of that nation. You know the rest. You know the pain and suffering. You know the devastation. And you know how Japan dropped to its knees for a very confusing and hurtful period of time. What you may not know is that during the aftermath people didn’t exactly know how to go on with a sense of normalcy, because there was none.

I asked my friend if we should cancel the dinner - for good reason. But he said no. Was this his call or Shiokawa’s call? Regardless, I felt really weird about going to a small little izakaya in Niigata City with a nation in mourning to drink sake and presumably have a good time. Gulp! It was really trippy! (I would later come to realize that of every appointment, dinner, brewery visit etc, not one person canceled, and in fact for the next two weeks they called me a “hero” for not flying home to escape the “toxic cloud” from Fukushima like most of all the tourists and expatriates did.) These people wanted life to carry on. They wanted to keep things moving forward to take their mind off what was behind them. And I was very happy to be a part of it, a very very small little part of it. (I would later come to know that my little part played a very big role for one of these people.)

So there we were. Sitting around a small tatami table with several wonderfully prepared dishes and several bottles of sake. It was difficult, but we managed to create a vacuum that was void of talk of the tragedy that unfolded around us. The owner of the izakaya turned off the small TV set that was showing horrible images of destruction and despair, as well as the multiple alerts of the thousands of aftershocks that rocked the country. Off. It was off. And we began a somber slog that started out uncomfortably, but then with the warmth of the sake and the warmth of the company became a glowing affair that will remain with us always. 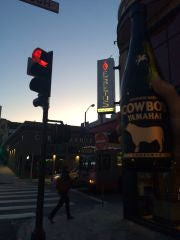 And voila “Cowboy Yamahai” was conceived. We never did fly it in under the radar, because it cost too much to mail and we would have to charge too much to cover the costs. Bummer! But we worked out a way where Shiokawa-san could export this special sake to the US, something he said at the time he was very nervous about doing. What’s funny in looking back at that evening when I said that his sake was so good that I was prepared to break the law to get it to the people, he looked puzzled and yet intrigued. He asked me why I wanted to do that, and I said that I believed in his sake so much that I would take that chance. I think that resonated with him. 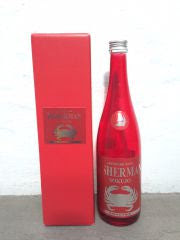