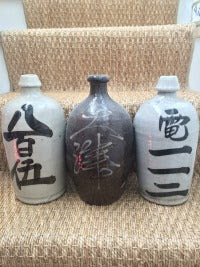 Raise your hand if you take sake bottles for granted! (That’s the sound of me lifting my hand above my head.) Sure they are pretty and come in amazing shapes, but sake bottles in “olden times” did not exist and the evolution of the sake bottle is quite a story in color and look. But where do we start? Sake as we know it has been around for about 1,000 years but what the heck was it contained in? 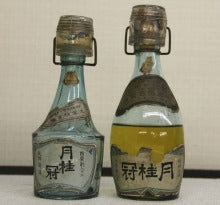 Sake brewers eventually found out the hard way that sake was actually sort of fragile and that the wonderful thing called the sun could really wreak havoc on this perishable product. So glass changed colors to keep the pesky sun at bay. The first wave of bottles came in the standard brown bottle. Then green came into play. And for a long while a really cool light blue bottle was very prevalent. But obviously for more protection from UV light, the sake needed the darker the bottle. 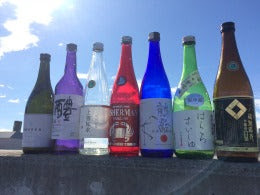 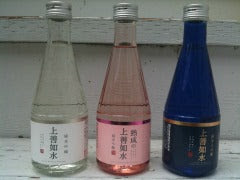 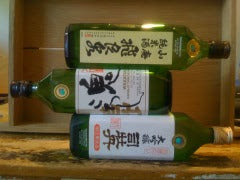 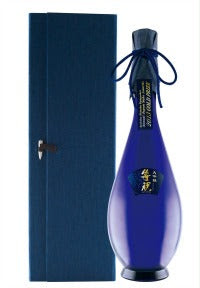