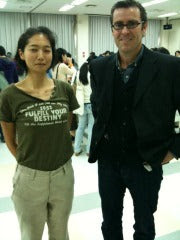 But if anybody is deserving of a trip to Japan, it’s those two! Why? Well first and most importantly they put up with their dad who so happened to open up the first dedicated sake store outside of Japan. What does this mean? Well they grew up in the store. In fact they may have helped you with a purchase or two! They have put stickers on a ton of our bags, they stock sake, they used to stamp our receipt pads, and they have been smelling sakes for my reviews for over a decade. More than that they have been great ambassadors for the sake market in the US. I cannot tell you how many times that they have hosted sake brewery owners to our house for fun dinners or going out with sake folks always with sake in tow to “challenge” or taste at western restaurants etc. They’ve been super stars! 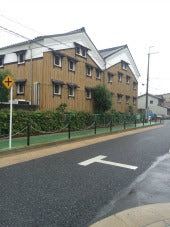 So! What would be the lucky brewery to host second-generation American sake sellers? Of course we are friends with so many brewery owners who said, “Please come to our kura!” But I “selfishly” decided to go to a brewery that I have never been to before so we could kill two birds with one stone. Oddly, I feel as if I am the last person in a very long line to visit Miyasaka Shuzo “Masumi” in Nagano, but I have always wanted to, so that was the call. But life works in mysterious ways and Masumi was actually the second brewery that my daughters visited in Japan. 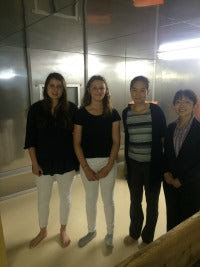 Despite specifically organizing a trip to Suwa in Nagano prefecture to see Masumi, we were approached by a great family to visit their kura in Fushimi when we first went to Kyoto before Nagano. How could we say no! We couldn't and we didn’t! But this story has backstory to set the stage for the special invitation.

About 7 years ago at a sake tasting held by my peeps at the Sake Samurai in Fushimi Kyoto, I met a female toji, who worked at a very small brewery that was relatively nearby. The tasting was very unique and I ended up tasting and recording over 1,108 sakes in one effort (this remains my personal record). Around sake #785 I saw a woman watching me about to taste a sake. It was, of course, hers, and we started talking about the very unique sake that she actually made with her feet – stamping the steamed rice like grapes for her version of “Kimoto” sake.

Fast forward to a tasting in San Francisco in March 2016 when the daughter of the owner of the brewery who employs the very same “footy” sake maker I was reintroduced to this sake as she was pouring it and several other labels. And while speaking to the daughter of the brewery owner, I showed her a photo of me and their head of brewing (Ms. Maho Otsuka) back in Fushimi 7 years ago with the exact same bottle of Kimoto sake. (Since the Sake Samurai held the event they said that I could take home whatever sake I wanted to at the end of the tasting and of course I took that brew – of course!) 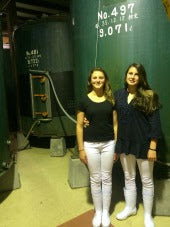 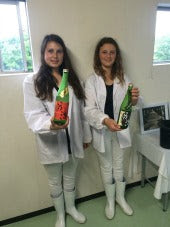 Beau san,
Thank you so much for visiting Shoutoku. I'm glad to have seen you again and be able to talk about sake a lot! Here I send you some photos of growing kimoto. I hope people in San Francisco enjoy our Junmaishu in near future! Thank you and please enjoy Japan travel with pretty daughters! Best Regards, Maho Ohtsuka