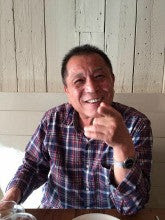 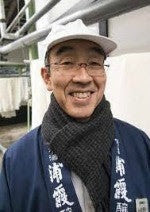 This is how sake karma works! Koichi Saura is the current owner and president of Urakasumi Sake Brewery in Miyagi Prefecture. Urakasumi has an exporter/importer called Japan Prestige Sake International run by Kazu Yamazaki. Koichi makes it and Kazu brings it to market. And we sell it! So if Kazu all of a sudden has a positive karma feeling on behalf of JPSI and Urakasumi and tells me that I can get a little sumpin’ sumpin’ off of a fresh case of sake from Miyagi then I say, Wow! And I say, cool! So if you are still reading this piece about Sake Karma, then behold the following: if you come to or call in to the store and say “Sake Karma Is For Real” then we will sell you a bottle of Urakasumi Junmai Daiginjo sake for the same price that we sell the Urakasumi Junmai. You get a bump up in two price points for the low price of the Junmai. You go from premium to super premium by simply reading this article and by saying the magic words. Now that is Karma!