The other day I had a very good sake friend from Sweden in town for a visit. He knows sake very well, and I wanted to show him one of our local efforts that I am very proud of. He’s been to well over 50 sake breweries in Japan, but he has seen few operations outside of Japan. So I called up Jake and Noriko from Sequoia Sake and asked for a quick tour if possible. Jake was in LA doing the sake Lord’s work, but his awesome wife Noriko gave us a great tour and tasting. I’ll write more about this later, because it is so damn impressive, but I learned that they are starting a Sake Club and I said that I would gladly pass this news to you great readers. 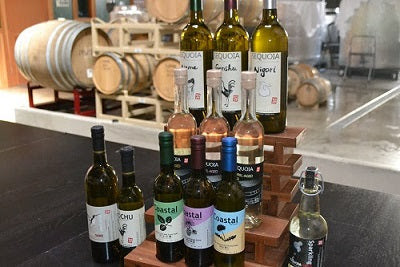 If you haven’t visited their Kura I highly recommend it! They are both very sharp people and their sake intelligence is very much front and center in the layout of their operation. It’s a fantastic way to get closer to sake.

Also, Jake is very instrumental in helping me with the craft sake makers who attend Sake Day. And Sequoia Sake always has a killer presence at Sake Day! So if you can’t get to the kura then get to their table at Sake Day, by visiting www.SakeDay.com