“Ask Beau” – “Is there a trend towards serving sake “On the rocks?’” 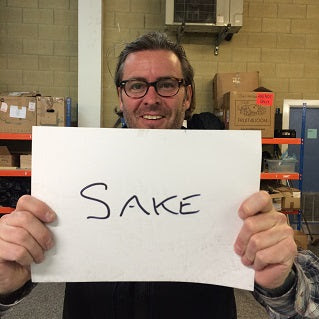 So, like KJ, I look back in the archives every once in a while and I noticed an interesting “Ask Beau” from December 2004. Yup! That’s a long time ago. And yes, this Newsletter has been around the block. Back in 2004 a reader asked:

Brian P from Denver, Colorado asks: "Can I serve my sake on the rocks?" Brian, it is a free country and sake is a free booze - well not really free! - so do whatever makes you feel good. If you like the taste then by all means add some ice. That said, even though many breweries recommend that you can add ice to your sake I do not. Why? Firstly, the water that makes up the ice is not the same water used for brewing - not even close! Thus, you will alter the taste of the sake. In this light I would use ice cubes made from filtered or distilled water. Secondly most sake is already diluted from a high of 20% down to roughly 15%. When you dilute you change the structure of the sake, and I feel structure is one of the endearing qualities of sake. Typically if you were to add ice to a sake, you would add ice to a genshu which is an undiluted sake. But once again Brian it is all about you, and that is why there is no right or wrong! However, I have a question. Do you add ice to your white wines?

Hmmmmmm! Pretty interesting. Well at least I think so! And yes, 15 years later sake breweries are writing on the backs of their labels that some sake are good for drinking on the rocks. Even my pal Philip Harper recommends that hisIce Breaker and other brews be served on ice. I’m still in the I-dunno-line of thinking. When you add ice you instantly change the flavor and the feeling of the sake. If the brewers feel that’s okay then cool! (See what I did there?) And I guess if it is super hot outside or a steamy summer night and you want to cool down a little and freshen up your brew then adding ice becomes a way to make the sake drink colder. But most brews do not need diluting, so the ice becomes a method to do what? Encourage more cocktail drinkers to try sake? Maybe. It’s a way of calling out to shochu drinkers or mixed drinks consumers by making sake familiar in a different capacity.

The bottom line is that drinking sake is a luxury and you should be able to do what you want to do! Go for it! But, I have never once enjoyed a sake on the rocks. I have enjoyed a ten year-old opened bottle of nigori poured over shaved ice! That was incredible. I have also been served 20 year-old mirin in a glass with a perfect circle ice cube in the center of the rocks glass, which was also superb. But I have never opened a fresh bottle of sake and poured it on ice and enjoyed the end result. But I am totally willing to learn.