I’m not sure if you ever look at our True Sake Newsletter Archives, but you should. Because you might stumble upon some funny stuff including the following article about turkey facts and sake facts. Written ten years ago, and still as relevant as ever, this piece highlights that you really should think about having sake at your Thanksgiving dinner table. In fact, you should baste your turkey with sake too! I’m pretty sure we gave a good recipe in one of our True Sake Newsletter November Issue – and yes it’s in the Archives.

Also, as we introduce our new Door Service at True Sake don’t forget to look for the sake bottles with Turkeys hanging around their necks. These tags designate the sakes that we feel would be great with the bird! 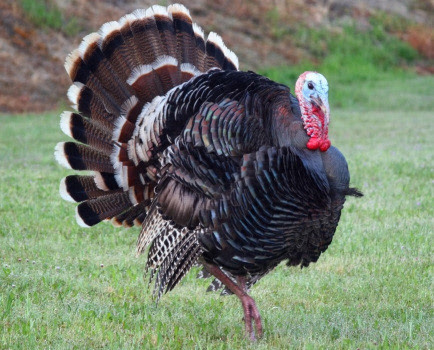 Okay! It’s that time of the year again. Holiday season. And it’s time for you “sake drinkers” to do what? REMEMBER the sake people! Remember the sake! Herewith is a quirky union of facts of both sake and turkeys. Huh? Yup, this is a real gobbler! 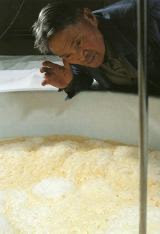 So there you have it, some seriously goofy Turkey and sake facts. (Thanks to kidzone.com for some of the turkey bits). Why did I write this? It’s easy; we want to subliminally remind you to think “sake” when selecting your Thanksgiving Day dinner libation. Did it work?

What about some specific brews that work well with Turkey? And why do they work?

This comes from a True Sake Newsletter piece I wrote in year’s past:

“I look for a robust acidity when I pair with meat, game or fowl. Add to that butter and other mouth filling flavors I like sakes that have some staying power in terms of flavor. I select fatter sakes that fill the mouth, rather than the light clean ones that fire right through the palate. Think meaty sakes for meaty flavors, and also use a larger glass than usual to mix up that acidity. Go with your big reds glasses, and don't worry about the next day big reds hangovers.” 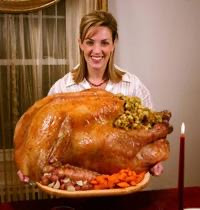