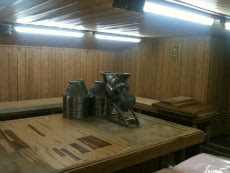 On one of my earliest trips to Japan I joined a friend at his sake brewery in Yamagata prefecture a few weeks before he started his sake-making season. Was my timing poor? No it was perfect, because I got to participate in one of the most important steps in making sake. I gotta clean. Personally I am a little bit of a clean freak. I don’t mind a little mess build up, but I like staying on top of cleaning. (This was not true in college where I lost a roommate for two days in a living pile of clothes and garbage somewhere near the closet.) 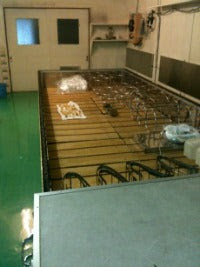 Cleaning is cool. Well at least to a white boy who was still learning the ropes on his second trip to a place that made his livelihood! I found myself smiling as I used super heated hot water – no chemicals! – to wash the inside of the koji room. I slid a special cloth over each wooden board and then came back and washed between the cracks of each board. Around and around the room I went. Not once, not twice, but three times.

It was excruciating work, but I felt what I was doing was so very valuable to the “process.” And oddly, as a white boy “tourist” not a lot of koji rooms were ever opened up to me back in that day and time. Big white and hairy gaijin! It was a stigma, and I sort of took it personally, but then I discovered this was true for the Japanese as well. Brewers simply did not like guests, because we represented bad bacteria and distraction to the process. Brewers today are far more accommodating! Far more, and this makes me happy as it’s just so satisfying to see where sake is born. 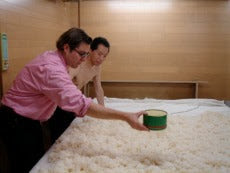