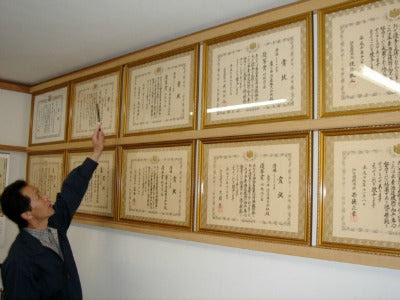 I’ve always thought it was pretty cool for a government to support its brewing sector by not only holding these competitions but by being directly involved with the industry on so many levels, sadly of which excludes promotion and advertising! The NRIB is the end all be all in the sake industry! And their Annual Sake Awards have tremendous impact on the sake world. These awards and designations carry a ton of weight in the industry and I would argue that they used to be far more significant. If your brewery received a “Gold Medal” it was a very significant accomplishment. In fact, some brewers have taken their lives if they didn’t win. Not joking! 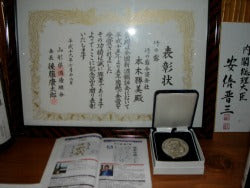 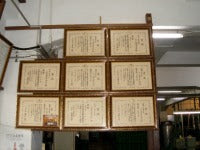 About 100 monthly issues ago or so, I wrote about this competition for the True Sake Newsletter and I went into real detail on the actual conditions of this tasting. For example the time of the tasting is important – around 10AM when the palate is at its peak – the room color must be beige and the room itself must be facing North I believe - samples are sent in 500ml olive green sake bottles (Like Koshi no Kanbai “Tokusen” bottle) and must rest for up to a month in a non refrigerated room – if your samples are broken you cannot re-enter etc. It’s very strict! And one further side note should be of interest to you. I mentioned that most of these entrants are not for consumer sales. Well years and years ago this was very much the case. Not really fair was it? A brewery makes Gold Medal sake but you never get to taste or buy it! That changed with the Niigata brewery that I mentioned above – Koshin no Kanbai. I believe that they were the first kura to sell their Competition sake to the mass market! My hat is totally off to them, and perhaps that is why they still sell their Tokusen in that competition 500ml bottle. Check it out!