This month’s Power 5 Sake Challenge takes a look at 5 different sake that could be considered “strange.” Is being strange a bad thing? Heck no! In fact it’s quite a differentiator in a market that has so many sake to choose from. It other words these 5 sake are unique and very much worth a taste if you want to expand your sake frontiers! And remember sake brewers would not make something that tastes like crap just to be unique! In fact it’s quite the opposite. The makers of these 5 different brews feel like they made great tasting sake and that’s why they are different! This is a great example of how and where sake came from and where we are headed. And the future is glorious. 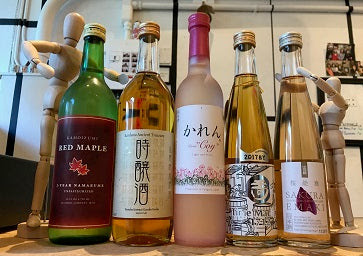